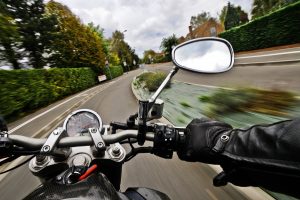 Police are launching a new campaign to encourage road users to slow down in a bid to cut the number of casualties in accidents.

Hampshire Constabulary is supporting the National Police Chiefs’ Council’s ‘Slow Down, Save Lives’ campaign that launched earlier this week.

Running until June 7th, the campaign aims to remind motorists of the importance of travelling within the speed limit, while promoting greater awareness around the dangers of speeding.

Speeding has been identified as one of the ‘fatal four’ factors that result in fatal or serious injury collisions.

Officers will out and about engaging and reassuring communities across Hampshire about the importance of driving within the speed limits.

PC Liz Johnson, of the Thames Valley Police and Hampshire Constabulary Joint Operations Roads Policing Unit, said: “Research from across Europe suggests speeding is the most significant factor that contributes to road deaths and serious injury.

“Excessive or inappropriate speed has an appalling impact when you’re involved in a collision. The forces experienced by the human body in a collision increase dramatically as the speed increases.

“Our focus on those who endanger lives on our roads is relentless through both enforcement and education with a National Speed Awareness course as an alternative to prosecution. This approach is aimed at improving knowledge and attitudes to influence better behaviour on the roads.

“It needs to be noted that the speed limit is a limit, not a target – there will be times when you have to drive much slower to stay in control. Drivers can become complacent about roads they are familiar with, causing them to be less alert to the road, and drive at a faster speed.”

Hampshire Constabulary want to remind motorists of the devastating impact speeding can have, not only increasing the risk of a collision but the severity of the impact at higher speeds.

Figures show that on average 17 people are killed and 126 are seriously injured every month in the UK, where speeding is believed to have been a significant factor.

At 30mph, vehicles are travelling at 44 feet or about 3 car lengths each second. Even in good conditions, the difference in stopping distance between 30 mph and 35 mph is an extra 21 feet or 6.4 metres, more than 2 car lengths, this could make all the difference in avoiding a collision. The distance required to stop safely, significantly increased at higher speeds.

PC Liz Johnson continued: “Please do not speed. It’s not worth the risk, and you will massively reduce the chances of being involved in a collision when an unexpected incident happens.”